Sexting
Advice on talking to your child about sexting

From the time our children are babies we teach them right from wrong, how to keep themselves safe and how to recognise danger and when they are at risk. When it comes to the internet, it isn’t always easy to do this.

Children are using the internet and taking selfies at a younger and younger age, so it’s important to have a conversation with them about online safety. Although you might not allow them to have a smartphone or tablet, that doesn’t mean they can’t use a friend’s devices. It’s always better to teach older children how to use the internet safely rather than try to control their access to it.

Sexting involves sending sexually explicit images or videos between electronic devices such as smartphones, tablets or computers. This can include:

It is illegal to take, possess or share 'indecent images’ of anyone under 18, even if you're the person in the picture. While police will always try to avoid treating sexting among children as a crime, they also need to focus on children’s wellbeing, which can result in serious actions being taken.

Why do teenagers sext? For some it will be a voluntary decision, but it could also be due to pressure from friends or a boyfriend/girlfriend. Some of the main reasons young people give are:

Talking to your child about sexting

Communication is vital: try to talk openly about the consequences of sexting: what might happen and where they can get help for themselves or someone they know.

Here are a few ideas about how you can open up a conversation:

Where to go for help

If an illegal picture has been shared online, the website or social media channel has a duty to remove the photo(s). You can contact Children 1st’s Parentline on 08000 28 22 33 for support with this. You can also get help from:

If you need us, we're here 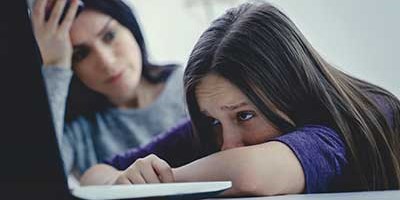 Pornography
Found it helpful? Share with other parents and carers
Children 1st