Bread and butter: Why addressing poverty should matter to social workers

In this guest blog, Dr Louise Hill, Policy Lead for CELCIS, discusses the extent of child poverty in Scotland and argues that reducing poverty should be part of everyday social work practice. 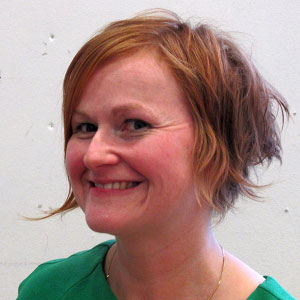 Last month Professor Philip Alston, United Nations Special Rapporteur on extreme poverty and human rights, released his final report on the UK. It was damning of what he sees as a UK Government that refuses to acknowledge the impact of social policy that has led to poverty for millions of British people.

Often framed under the guise of austerity, Professor Alston argues this is the wrong direction as ‘the evidence points to the conclusion that the driving force has not been economic but rather a commitment to achieving radical social re-engineering’.

The greatest misery has fallen upon the working poor, single mothers, people with disabilities and ‘millions of children who are being locked into a cycle of poverty from which most will have great difficulty escaping’. And so, he concluded, poverty is a political choice for the UK and “the situation demands a new vision that embodies British compassion and places social rights and economic security front and centre.”

The situation in Scotland

In Scotland, there is a hope to do things differently as the Scottish Government try to mitigate against UK benefit policies. The new Social Security Scotland agency has dignity, respect and support at its heart to deliver recently devolved benefits. The Fairer Scotland Action Plan (2016) has an ambition to ‘change deep-seated, integrational deprivation, poverty and inequalities’ and states that ‘one of the key ways we will do this is by eradicating child poverty’.

Rather than renege on the child poverty targets as the UK Government has done, the Child Poverty (Scotland) Act 2017 sets out ambitious targets to reduce child poverty by 2030. The challenge though is immense; the JRF study Poverty in Scotland 2018 highlights close to one in four children live in poverty. The Scottish Government’s Every Child, Every Chance: The tackling child poverty delivery plan 2018-22 estimates that 38% of children will be in relative poverty by 2030 if actions are not taken and this is primarily due to UK benefit freeze and the two-child limit on tax credits.

In March 2019, the Resolution Foundation published Wrong Direction: Can Scotland hit its child poverty targets? highlighting the scale of the challenge facing Scotland with relative poverty for children predicted to rise. The report argues for ‘warm words’ to be translated into meaning, action and funding; for example, in reducing child poverty through the new Income Supplement providing it is ‘sufficiently ambitious and adequately resourced’ (to be introduced in 2022).

At a time when public services are so vital for families and communities, there continues to be cuts to the essential public funds that seriously impact on their ability to provide services. As Professor Alston reflects, ‘I was told time and again about important public services being pared down, the loss of institutions that would have previously protected vulnerable people, social care services that are at breaking point, and local government and devolved administrations stretched far too thin’.

Living with poverty can make family life very hard. Parenting can be stressful and, without financial resources, it can feel like an uphill struggle. When poverty is combined with poor mental health, domestic abuse, drug and alcohol problems, trauma from your own childhood and/or learning disabilities, then the ability to hold a family together can feel almost impossible.

It is not a surprising finding of a recent study that children in the most deprived 10% of small neighbourhoods in Scotland are nearly 20 times more likely to be ‘looked after’ or on the child protection register than children in the least deprived neighbourhoods. These are the results of the Child Welfare Inequalities Project, funded by the Nuffield Foundation (2015-2017), designed to quantify how unequal children’s chances are of being a looked after child or on a Child Protection Register across the four UK countries and what factors underpin these inequalities.

What was surprising in the study was how poverty was often the ‘elephant in the room’ with social workers and was rarely being addressed when children were on Child Protection Registers or being taken into care. Professor Paul Bywaters who led the study argues ‘it is time to pay serious attention to the impact of poverty and inequality on children’s chances of experiencing child welfare interventions’.

The ‘bread and butter’ of social work

So has poverty become the ‘elephant in the room’ in social work practice? A roundtable organised by Children 1st, Social Work Scotland and CELCIS explored this question and many others, to debate this issue. Collectively there was a sharing of a history of social work tackling poverty as a social justice issue. This was directly with families, to raise their incomes (for example, using welfare rights officers), tackle debt and provide immediate practical assistance (such as getting the washing machine fixed).

It also involved work in the communities, where some of the structural inequalities were being challenged. This was all described as the ‘bread and butter’ of social work practice. For many, this was a by-gone time. But in light of this research and clear recognition that families wanted practical help, there was an acknowledgement that it was time again to ensure that reducing poverty should, and must, be part of everyday social work practice for children, their families, and our communities.