Equal protection: it's time for action

Our vice-chair Sandy McDonald is convinced that the law on physical punishment needs to reflect society's values today. 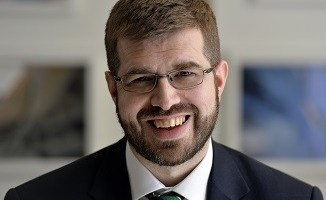 Last week, I was chatting to a work colleague who’s about to go on maternity leave to have her first child. It’s at this point that people ask: “Are you prepared?” While you can get the kit you need to feed and clothe your baby, we agreed you can’t ever fully prepare for the change in your life that comes with having children. One minute your life is largely as you’ve experienced it before; the next you have a 24-hour responsibility that never really leaves you. It’s a feeling in the back of your head that is with you wherever you go. That’s quite a shift.

Most of us begin as parents with very little guidance - only our own values and experiences. As a father of children, now aged 10 and 12, I know the days when you arrive home from work absolutely shattered to battles with children about homework, getting in the bath or bedtime. Everyone’s tired and tempers flare. At these times I have to work hardest to remind myself of the values I am trying to pass on to my children. I try to keep my voice down because that’s the kind of calm and reasoned adult I want my child to be. And when we do fall out and voices are raised, it’s most important the children know I love them and always will.

In past generations, the traditional role of a father was the ‘disciplinarian,’ dispensing the physical punishment that ‘teaches children a lesson’. Today, we have strong evidence that physical punishment teaches children entirely the wrong lesson. It destroys family relationships, creates resentment and divisions between parents and children that frequently last in to adulthood. So it’s a role that thankfully has mostly been left behind.

As a role model for my children, I want to be an educator, a teacher of good values and, of course, a protector. I hope to also pass on, my curiosity about the world, my love of sport and a bunch of other things. (I intend to spend a lot of time with these people so we need to be able to talk and take part in sport while I still can!)

As a trustee with Children 1st, I know from parents who call ParentLine that physical punishment makes children’s behaviour worse not better. It’s at odds with parents’ protective instincts as they try to help their children thrive, keep safe and be happy.

Despite the clear research evidence and the experience of other countries, Scotland sends parents mixed signals. This is in part because the law is unclear. Despite children’s rights being clearly defined in the UN Convention on the Rights of the Child, there still exists a defence in Scottish law of “justifiable assault” of our children.

The mere idea that it is ever justifiable to assault children seems entirely at odds with most people’s values.

When society decides there is a better way to be, that’s when government needs to look at the law. That’s how women finally got the vote in the UK. It’s how we got better gun laws.

As Sir Professor Michael Marmot, says in his introduction to the report “Equally Protected? A review of the evidence on physical punishment of children”: “It’s time for action.”

I commend John Finnie MSP for proposing the Children (Equal Protection from Assault) (Scotland) Bill, which backs up what social work bodies, children’s charities and academics say is the right thing to do based on overwhelming evidence. Research shows protecting children equally in the eyes of the law does not lead to prosecutions of parents for ‘smacking’, any more than it leads to prosecutions of adults for trivial assaults against other adults. Far from interfering, a change in the law provides an opportunity for us to encourage strong, loving family relationships.

If we really want Scotland to be the best place in the world to grow up, we should comply with international law - then go beyond it.  Legal reform should be accompanied with significant investment in support for parents and carers so all children are raised in loving relationships, with clear boundaries, and effective role modelling of the behaviour we want to see in future generations. That’s an investment in the future any government should be proud to make.