Children 1st Policy Manager Chloe Riddell, writes about how this was a historic week for children across Scotland as the Scottish Parliament began putting children’s rights front and centre of the justice system. 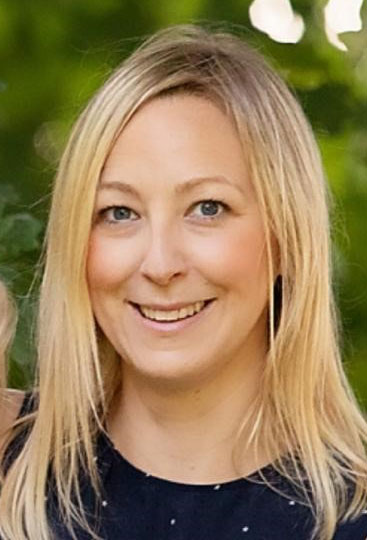 Just over five years ago, one of our children and families’ teams got in touch to share their concerns about the implications on children’s safety and wellbeing when information about them is shared during complex civil court cases. We also heard from families that they felt children’s voices were not being heard and that when their views were shared they were not being taken into account which, in some cases, resulted in unsafe decisions being made by courts about who children spent time with.

Since that day we have worked tirelessly alongside children and families, Scottish Women’s Aid, Professor Kay Tisdall, Dr Fiona Morrison, the Children and Young People’s Commissioner for Scotland, the Scottish Government and Parliament to ensure the voices and views of children and young people cannot be ignored by the civil courts.

The children we work alongside and families in our domestic abuse service support say that their experiences in the civil court system have caused them unimaginable trauma, distress and heartache. Their bravery in sharing their experiences meant that on Tuesday the Scottish Parliament passed the Children (Scotland) Bill so that civil courts must always uphold and protect children's rights to have their voices heard, be part of decisions that affect them and to have their best interests taken into account when decisions are being made about how information about them is shared with the court.

The passing of the Bill alongside fully resourced implementation of the measures will transform the experience of children in civil courts. It means that in future no family will experience anxiety, distress and fear that a civil court is not acting in their children’s best interests. And it includes a number of other significant changes that will embed children’s rights in the civil justice system.

Most importantly it presumes that ALL children are capable of having their views heard—a major change to the existing law, which has a presumption that only a child of 12 years or older is of sufficient age and maturity to form a view.

Children will also now be able to choose how they share their views with the court, something that will make a big difference to many families we work alongside. During the work on the Bill one Mum told me how frustrating it was that her younger child wanted to write to the court or draw pictures to share his views but was not allowed to. She said: “If the court had listened to my child I do think things would have been different and his relationships would be different and probably a lot safer.”

From now on some children may speak directly to the Sheriff, others may chat with a Child Welfare Reporter who comes to ask questions. Some may want to draw a picture, submit a video or write a letter. The important thing is that they can chose how to express their views in the way that is best for them.

Survivors I spoke to in our domestic abuse service talked about the way that the court process and contact arrangements were continually used to perpetrate domestic abuse.  They talked about court being used ‘as a threat’, about pre-arranged contact not taking place because perpetrators of domestic abuse could be unreliable, about their children being used ‘as a weapon’ and of threats from perpetrators to ‘keep’ or hurt children.
One survivor who had experienced domestic abuse and was subsequently involved in making contact arrangements for her child through the courts told me that the current system was ‘like moving from one form of abuse to another’. 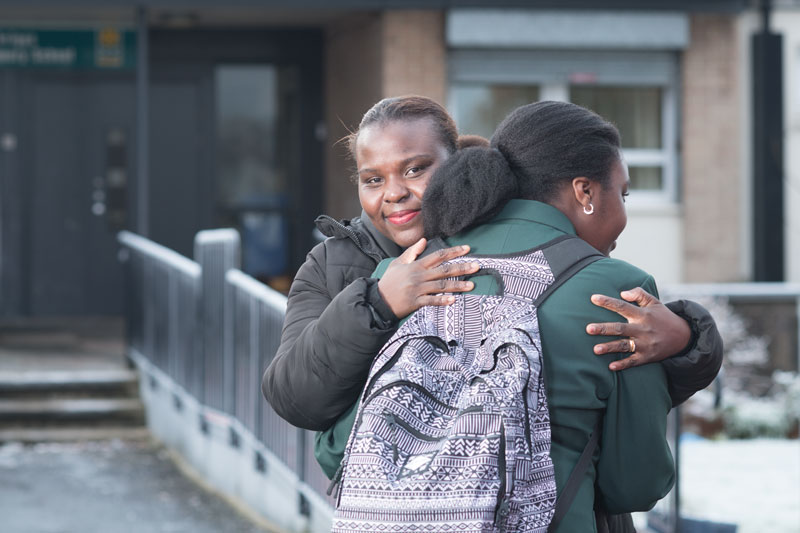 To address this, the court will now be duty bound to investigate the reasons that a contact arrangement may not have taken place – a really significant step forward in helping to stop and address ongoing abuse. The Bill also creates a register of Child Welfare Reporters, following feedback from families about the important role that Child Welfare Reporters have had in ensuring children’s voices have been heard and in safeguarding their rights.

One survivor we work alongside who had experienced domestic abuse felt that the Child Welfare Reporter appointed in her case was extremely ‘compassionate, competent, skilled’ and put the best interests of the children first. This is a really welcome step which will ensure that all Reporters are fully trained in child development and communication, trauma and domestic abuse and that reports are consistent across Scotland bringing an end to the current postcode lottery of provision.

Courts also now have a legal duty to explain decisions to a child in a way that they will understand and to ensure there is further protection for brothers and sisters to keep in touch with each other. This is due to the brilliant campaigning work of our colleagues in Clan Childlaw, Stand Up For Siblings and Who Cares? Scotland.

Tamzin Baxter, from our children and families team in the Borders, told me she hopes that all of these changes will put an end to the traumatic and distressing experiences some of the families she has worked alongside have faced through the civil court system.
She said: “It is so incredibly positive, motivating, and uplifting to know that somehow all this unfairness and heartache is finally really being seen and addressed, and that hopefully in the future families won’t have to go through such crushingly difficult experiences in relation to contact and court process.

“Perhaps, in the bigger picture, these changes are hopefully the good that can come from so  much trauma and suffering.”

Today we are celebrating a hard-won transformation in the way our civil justice system treats children, but we are not stopping here. There is hard work ahead of us. Firstly to make sure the words on the pages of the Bill are rapidly put in to practice, so that they make a real difference to children’s lives. Secondly, to kick start a similar transformation in the way criminal courts and Children’s Hearings uphold children’s rights to have their views and voices heard. Children 1st was pleased to receive funding to pilot Scotland’s first Barnahus—we must ensure that children’s participation rights and best interests are at heart of all our justice systems.