Our justice system through children’s eyes – what’s the verdict? 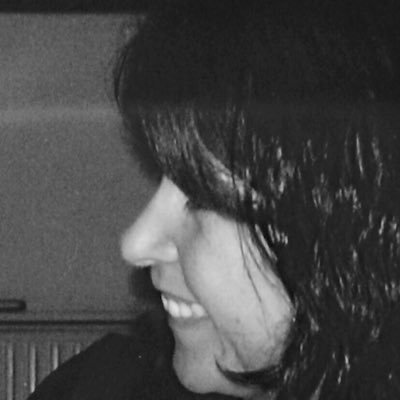 Children 1st’s Acting Chief Executive, Mary Glasgow, welcomes the Scottish Government’s announcement of measures to protect child and vulnerable adult witnesses. But she asks – what would our system look like if it was truly designed around the needs of children who have suffered abuse?

In their legislative programme, the Scottish Government announced that a Vulnerable Witnesses and Pre-Recorded Evidence Bill would “help move our criminal justice system much closer to achieving our vision that children, wherever possible, should not have to give evidence in court during a criminal trial.”

For Children 1st, who’ve long supported children who are victims of or witnesses to crime, this is of course welcome. But we believe that Scotland has both the vision and will to go much further.

Our perspective is rooted in the stories children have told us as we help them and their families to repair and recover after abuse. So we would ask – what would the system look like if, at all stages, it was deliberately mindful of the impact of childhood trauma – a ‘trauma-informed’ system? Instead of causing harm, could it become the first stage in a child’s recovery?

What happens when we concentrate on process and not on pain?

We are all now well aware of the dynamics of abuse and, particularly in cases of sexual abuse, the manipulation that children and young people will have experienced at the hands of their abuser(s). This dynamic ensures that they carry a strong burden of shame and guilt: they often believe the abuse was their fault; they are confused, afraid and have lost a sense of safety and security.

When those of us who are there to support children are not sensitive to this, our responses can reinforce these feelings and increase the level of trauma.

Repeated retelling of their story combined with inconsistent understanding of child development across professions means that there is no shared understanding of whether children have the cognitive ability to answer certain types of question.

“It was like they didn’t care if I understood what was being asked.”

Developmentally children can struggle with recall. Being asked what has happened at different times and by different people can impact their ability to tell the story consistently. They are often suggestible to wanting to please, to responding to the adult’s tone, facial expression and this can and does affect the quality of the evidence they give.

Delays and repeated story telling not only impede memory recall; in other cases they may erode children’s self-confidence.

As ten year old James, who waited 14 months to give evidence, told our support worker: “When they said it was going to take longer, I no longer felt like I could do it. If it had gone to court when they first said, I would have felt stronger.”

Long waits on the day are also common, as the courts advise vulnerable witnesses to arrive well in advance to reduce the risk of seeing the accused.

This can mean child witnesses, after a full day waiting with building tiredness and anxiety, feel unable to answer questions or give clear responses when finally called to give evidence. One girl we support left court in tears, feeling she hadn’t had her say.

Tragically, we hear from many young people who say that what happens after they disclose abuse is as bad as or worse than the trauma of the abuse they had already suffered:

These experiences and the lack of timely access to support and trauma recovery services make repair harder and can cause lifelong damage. Children can develop behaviours and strategies to cope which can lead to difficulties in school, in relationships at home and in the community.

We’ve heard child witnesses say they “no longer believe in the justice system.” Can any of us really look them in the eyes and say it’s good enough?

Through our participation over the last two years in the Promise Exchange, we have learnt much about more child-friendly approaches to care and justice in a variety of jurisdictions across Europe.

The Scandinavian model of the Barnahus (Child’s House) provides all the care and support a child and their family need under one roof. By uniting the care and justice response, a child’s best evidence is captured, without harm and without prejudicing a fair trial.

Having campaigned for a Scottish Barnahus for some time, we were delighted to facilitate a visit to Iceland for the Cabinet Secretary for Justice and Minister for Childcare and Early Years to learn about the Barnahus model – and to hear that Ministers want to improve the experience for child victims of abuse.

It’s striking that, at the heart of practice, systems and culture for all professionals in Iceland, is the need to ensure a child’s disclosure is their first step to recovery.

Changing the abuse system - before and after a Bairn's House

Children have an innate sense of fairness, of right and wrong. But even as adults – familiar with ‘grey areas’, aware of plea bargains and seeing court cases collapse on technicalities – surely our sense of justice should be offended if we compound children’s pain by perpetuating a system which is out of date, full of unnecessary delays and is ill-informed about children’s needs.

We were heartened by the commitment shown by the representatives from a range of agencies, including the third sector, who joined a Scottish Government organised conversation about how together we can achieve a truly child-centred care and justice system.

To do so we need to have the courage to view the system, processes and people who work within in it through children’s eyes. We need to really listen to the children and young people who are going through it.

If we’re brave enough to do this, and can truly wrap our systems around children’s needs, then for every child who has experienced physical or sexual violence, emotional abuse or neglect, disclosure should become the first step on their journey of repair and recovery.