Parents are being let down by our law on physical punishment 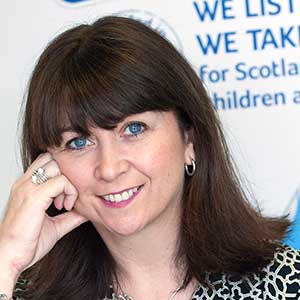 Mary GlasgowIf the Scottish Parliament were to pass a law today that allowed us to hit children; to “lawfully cause a child pain,” as the Sunday Times put it, there would be an outcry.

It would contradict all the knowledge and understanding we have built up as parents, aunts, uncles, grandparents, professionals and policymakers about the importance of raising children with kindness and compassion. But such a law already exists. Section 51 of the Criminal Justice (Scotland) Act 2003, together with common law, enables parents who have been charged with assaulting their child to argue that they were using physical punishment justifiably. This not only creates a grey area in law that can prevent the tiny, tiny minority who might wilfully do their child harm from being held accountable, it does a disservice to all parents in Scotland by continuing to imply that physical punishment can be effective in managing children’s behaviour.

A generation ago, physical punishment was widely used in Scotland both at home and in school. Since then, the science that informs our understanding of children’s development and especially how essential healthy, warm and secure relationships are for children has grown extensively. Just as we understand far more about the impact of passive smoking on children, and have legislated to protect them, we also understand far more about the impact of physical punishment.

When we were children our parents and grandparents didn’t know that physical punishment was harmful. Today, many parents and grandparents know that it is. So many things have changed in a generation, and just as shifts in attitudes accompanied by legislative reform have changed the use of seatbelts in cars and smoking in public places, it’s time we took the same approach to physical punishment. By letting the law remain as it is, our policymakers are letting down not only children, but also parents.

A change in the law, would not, as some fear, represent an intrusion into families’ abilities to choose how to raise their children. Instead it would provide an opportunity to open up a public discussion about parenting styles which do work. In countries that have already reformed their law, parents have discovered different, more effective ways to manage their children’s behaviour. Instead of having less options in raising their children, parents have more to choose from, without having to resort to means which both hinder and harm.

Legal reform won’t mean the creation of a new law. Rather, it will remove a defence that gives children less protection from assault than anyone else in society, including animals. Legal reform would provide equity and fairness by applying the same well-established, clear and workable law that already gives adults protection from assault to children.

Children 1st, along with other children’s charities, works up and down Scotland, to support families to strengthen their relationships and connections because it is families that enable their children to grow up safely and happily. We’ve seen and heard first hand how parents’ attitudes to physical punishment are changing across Scotland. Legal reform to provide children with equal protection from assault is an appropriate, effective and common sense response to what we now know about the impact of physical punishment, in line with the growing shift in attitudes.

It is not enough to say that because parents’ attitudes to physical punishment are changing, we don’t need to change the law. We cannot leave some children unprotected from assault because their parents don’t know that physical punishment can be harmful.  Across the world 52 countries, most recently Lithuania, have reformed the law so that children have equal protection. It is clear from their experience that legislation acts as a catalyst, prompting further and faster declines in the use of physical punishment. By continuing to allow the defence of ‘justifiable assault’ in Scots law, the Scottish Government are not helping parents, they are making it harder. Law reform to give parents options that help, rather than options that harm is long overdue.

This article was originally published in The Herald.