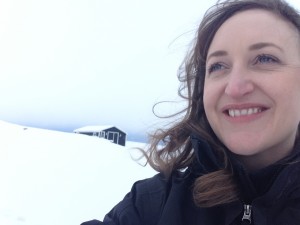 Our second guest blog about the links between poverty and Adverse Childhood Experiences (ACEs) is by Dr Morag Treanor, Senior Lecturer in Sociology, Social Policy and Criminology at Stirling University.

Poverty is a structural problem with a lack of income at its core. Poverty is dynamic – those people living in poverty this year are not necessarily the same group of people who will be living in poverty next year. The drivers of poverty in Scotland comprise a wide range of structural, household and individual-level factors including:

Adverse Childhood Experiences (ACEs) are stressful events that occur in childhood which can a have lifelong impact on health and behaviour. ACEs include:

Those who experience multiple ACEs (four or more) in childhood are more likely to have poor physical and mental health (including type 2 diabetes and heart disease) and to engage is health-harming behaviours such drinking, smoking or taking drugs. They are less likely to be able to acquire the confidence and self-efficacy required in adulthood to engage in education or employment. They are more likely to experience severe poverty and destitution, to use food banks, and to experience homelessness. Research has found that having a relationship with one trusted adult during childhood can mitigate the negative impacts of ACEs and that when mothers have a high level of social connectedness child wellbeing increases, even for those living in persistent poverty.

Poverty is not another ACE

At this juncture it is important to note two things: (1) poverty is not another ACE. Often poverty is described as another adverse childhood experience, whereas poverty is a structural issue governed mainly by political and economic factors. It is important for policy and practice not to conflate the two; and (2) although people living in poverty and in the most deprived areas are at greater risk, ACEs do occur across the socioeconomic spectrum. Better-off families often have sufficient material resources and social, emotional or practical support to counter the negative effects of ACEs. This is another reason why poverty should not be confused with ACEs.

With that in mind, while the majority of children living in poverty are not affected by multiple ACEs there is a significant proportion of families with multiple ACEs who experience poverty. And when poverty and ACEs coincide they become more than the sum of their parts. When a child lives with ACEs, and also lives in poverty, the conditions are ripe for long-lasting trauma, or toxic stress, which is devastating to children in childhood, and which continues on into adulthood. The trauma associated with the combination of ACEs and poverty makes it more likely for children to experience deeper and more prolonged levels of poverty throughout their lives and on into future generations.

Families living in poverty affected by ACEs are more likely to come to the attention of schools, statutory and voluntary services as they are unlikely to have the resources, confidence, skills, knowledge, experiences, or the social, emotional or practical support to mitigate the traumatic effects of ACEs. When poverty and ACEs combine children and their families require dedicated service intervention and engagement with multiple services including health, housing, financial and family support workers.

The multi-agency support that these children and families need can be housed where all parents go, for example schools and health services. There is a growing number of money advice workers operating in schools and other hubs, which is highly valuable and which will continue to increase with the boosted funding available under the Child Poverty (Scotland) Act 2017. This will help to alleviate child poverty in Scotland. However, families affected by poverty and multiple ACEs are not likely to be able to benefit fully from poverty-reduction policies due to wider trauma and greater need in their lives.

We need to look at all the pieces on the chessboard and not just focus on each piece in isolation. We cannot improve the lives of all children in Scotland without also addressing the needs of their families. What is required are money advice workers who are also family support workers, or who are trained to recognise the need for, and signpost onto, family support workers. Children 1st operate one such model called the ‘Edinburgh Family Support Team’ which now delivers integrated benefit, debt and money advice within the wider framework of its trauma-informed family support service for families.

The EFST service has been highly successful in supporting families with evictions, homelessness, disability benefits, sanctions, sequestrations, mental health debt write-offs, bankruptcies and accessing emergency funds. It believes its success is in part due to the fact that its money advice worker is also a trained family support worker and skilled in dealing with family trauma. Such integrated support is valuable because although adverse childhood experiences and poverty do not necessarily coincide, when they do, the resulting trauma can lead to the most intractable and enduring experiences of poverty.