The 21 – 27 February 2022 is Victim’s Awareness Week. At Children 1st, we are supporting Victim Support Scotland’s new campaign #MindMyVoice by Sharing Stories for Change from children and young people who have been victims and witnesses of crime.

Dr Louise Hill, Head of Evidence & Impact (Barnahus) at Children 1st shares why listening to and sharing these stories is so important.

Take a moment to consider how you might feel if you had been a victim of violence. Or you had seen a crime happen. How might you feel? Scared? Unsafe? Traumatised? In shock? Unsure what to do?

What happens next? You talk to the Police, to social workers, to doctors and nurses, to those who are trying to help. This means reliving what happened over and over again.

Now imagine that you are a child. How much more intense, confusing and difficult might those feelings be?

"When I had to talk to the police about my dad, I was taken away to a police station away from home and had to talk to two people in a small room with a camera. I wasn't allowed my mum or anyone I trusted. I felt really scared."

Alongside Victim Support Scotland, the University of Edinburgh and Children England, and thanks to funding from players of the People’s Postcode Lottery through the Dream Fund, Children 1st is working to bring the first Barnahus or Bairn’s Hoose to Scotland.

The Bairn’s Hoose, known as the Child’s House for Healing, will be a warm and friendly place bringing together justice, health, social work and recovery support under one roof to allow young people to recover as quickly as possible from their experiences. 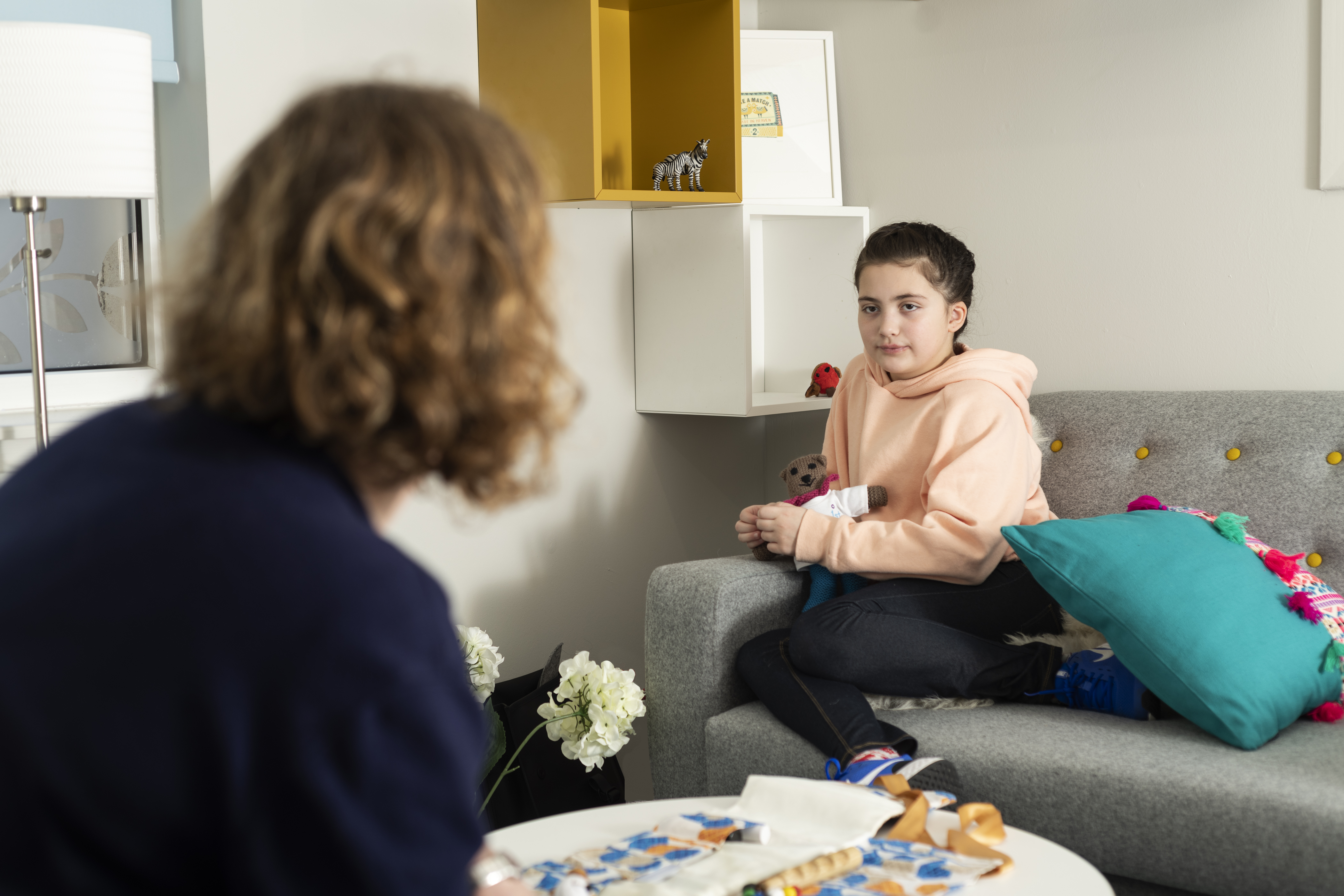 For Scotland’s first Bairn’s Hoose to be the best that it can be for children, we wanted to understand what the process is like for those who have been through it. Through our Sharing Stories for Change project, we listened to the stories of 28 children and young people (aged six to 20 years old) and seven supportive parents. These brave young people and parents shared their views about whether they felt heard, respected, and supported in the child protection and justice processes once a crime had been reported.

They had much to tell. They shared views on the places that they had been interviewed, medically examined, and had given evidence for court processes. They said that the place where ‘talking’ about the crime happened was very important to them and had a significant impact on whether they felt able to speak about what they had been through or seen.

Young people who had been to court or to a vulnerable witness suite shared difficult experiences. One eight-year-old girl explained, “I just want the court people to listen to me” which was the opposite of what she felt had happened.

Court was often described as a frightening experience.  A young person who had been sexually assaulted had to give evidence at High Court and said that her experience of being cross examined was highly traumatic.

Children, young people and families also highlighted a lack of information about what was happening. 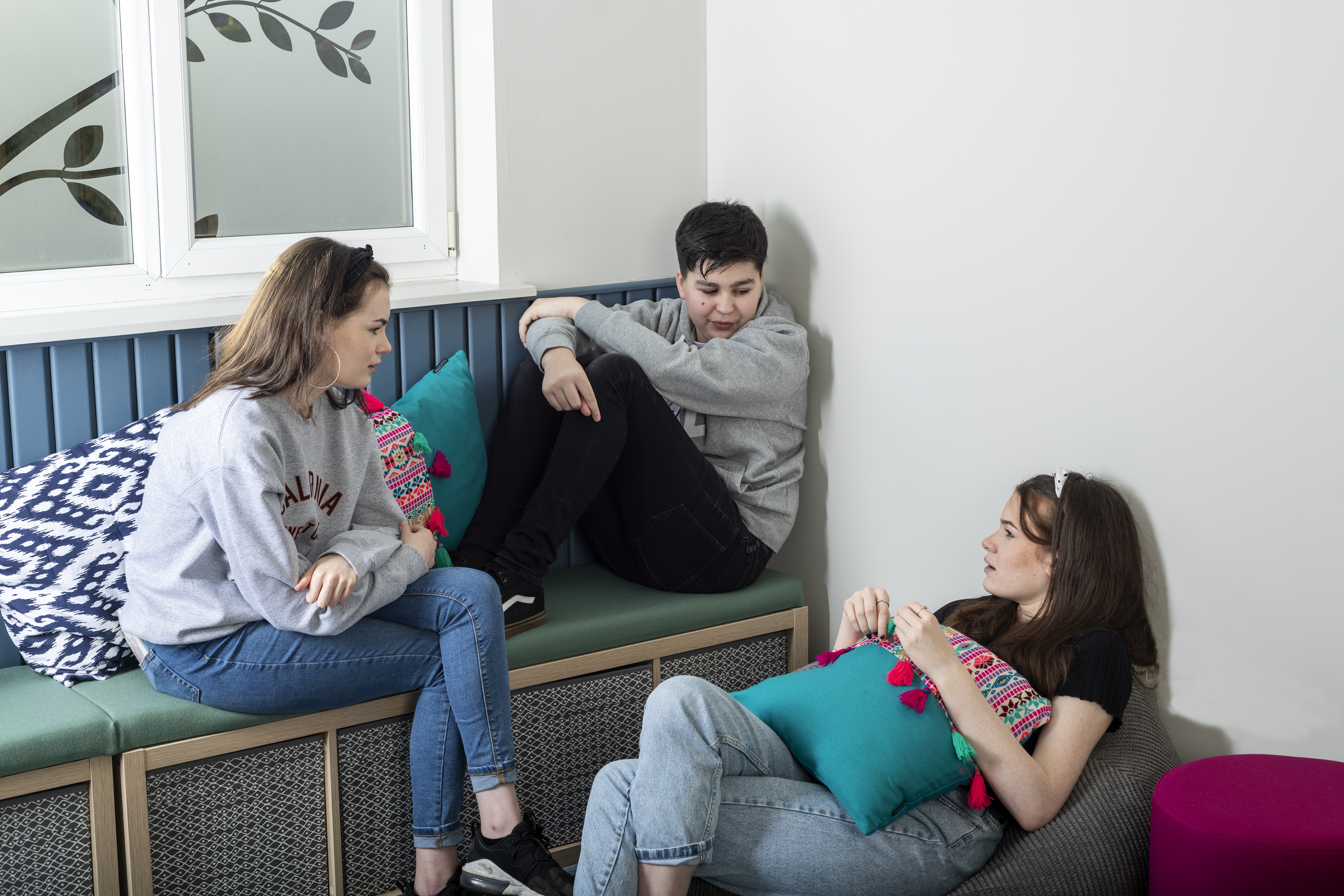 One girl explained when being interviewed by police and social work, that it would have helped if they had had shown her the room and greeted her, so she felt more prepared.

Parents shared views on the importance of the person interviewing their child building a rapport, so their children were able to “open up” and talk about what had happened.

The young people also described kindness and emotional support as being very important for their recovery. Feeling safe, being listened to, and feeling in control were especially beneficial. One 17-year-old valued her youth worker attending meetings with her and who “chased up lots of information the court failed to provide me with”. They talked about the particular value of fun activities and opportunities provided by voluntary services to support their recovery – one girl explained “it helped to build my confidence back up” after what had happened.

We asked what the Bairn’s Hoose should look like. In answer, the young people drew pictures of houses with gardens. Comfortable, quiet and “like a home” were examples of the sort of place where they could talk. Their ideas included comforting furnishings (pillows, cushions, blankets, beanbags), something to drink and eat, as well as toys and drawing materials. One ten-year-old girl said it would have helped her to talk if she had her teddy with her and her Mum. She said, “teddies make me feel safe”.

Working with the young people on the Sharing Stories for Change project shows how important it is for those talking to a young person who has been a victim or witness of crime - to take the time to get to know them, build a rapport and put them at ease. It makes discussion about painful events easier and helps each young person not to feel defined by the abuse or violence they have experienced.

The learning from Sharing Stories for Change has been, and will continue to be, at the heart of the development of Bairn’s Hoose. Children and families must be respected and supported at all stages and their rights upheld so they can recover from hurt and harm with dignity and respect.