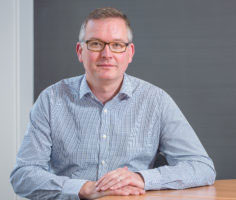 In this guest blog, Douglas Hamilton, Chair of the Poverty and Inequality Commission, argues there is a need for our response to childhood adversity and trauma to take greater account of the impact of poverty.

The Poverty and Inequality Commission’s advice on the child poverty delivery plan was divided into two main headings – actions that can be taken to reduce the numbers of children living in poverty, and actions that can help to mitigate the impact of poverty and improve quality of life. When thinking about what we need to do to address the link between poverty and child welfare interventions, it is perhaps helpful to focus on those actions that are about improving quality of life. The Commission’s advice recognised that additional support is required for children and families who are experiencing abuse or neglect, and are also facing the stress and pressures caused by low income.

Recent research from the Child Welfare Inequalities Project (CWIP) has provided some new insights into the link between poverty and the number of children who are subject to social work interventions, but it also highlights the disconnect that exists between social work policy and anti-poverty strategies. It’s not the responsibility of social workers to solve poverty, but the research suggests that there is a need for social work practice to take greater account of poverty and the impact that this has on the families and communities that they are working with.

A few years ago, I wrote about the social work response to child poverty and highlighted a concern that “an individualised case-based approach to intervention and policy means that consideration of the structural issues, such as poverty, is minimised”. It was interesting to hear those same concerns being expressed at a recent round table event to discuss the CWIP findings. Moreover, there was a sense that an understanding of the impact of poverty needed to be enhanced within social work training, and that more could be done to equip social workers with the tools they need to ensure that poverty moves from being a background factor to core business for practice.

The scale of inequalities in Scotland

One of the most striking aspects of the CWIP research was the scale of the inequalities that exist with 61 percent of children who are looked after away from home coming from the most deprived 20 percent of data zones. Children in the most deprived 10 percent of neighbourhoods were 20 times more likely to be looked after or on the child protection register than children in the least deprived 10 percent. Those statistics should be a cause for major concern, particularly when the comparable stats from other parts of the UK show a very different picture. It is clear that the inequalities that exist in Scotland are not inevitable and that there is much that can be learned from experiences elsewhere, particularly from Northern Ireland.

It is also clear that this is not a simple or straightforward issue to address. This is not a new issue but we have perhaps been reluctant to make too much of the relationship between poverty and abuse, partly because we’re unclear about what we can do about it. The recent research doesn’t give us all the answers but it should provide some confidence in being able to identify the avenues that could be most usefully explored. Ultimately, we must recognise that we are talking about the most vulnerable and disadvantaged children in Scotland – we have a duty to ensure that our response to their needs take accounts of their whole circumstances.