The lines we don't cross

As Children 1st campaigns to give children #EqualProtection from assault, ParentLine’s Ann Jarvis has some thoughts about alternative ways to approach children’s behaviour when things get fraught. 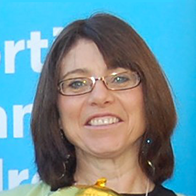 Kids are constantly changing. They’re questioning, exploring, imaginative, creative, and not always in a way we’d like them to be. They’re figuring out who they are and they’re also figuring out how to push their parents’ buttons – especially when we’re at our most vulnerable. Being a parent frequently means being tired, stressed, feeling overwhelmed and fighting to keep up.

At ParentLine, we often have parents on the phone explaining that they’re “at the end of their tether” or that they don’t know how to cope.

Moments like this can bring us back to our own childhood, and the behaviour we learned from our parents.

We so often hear from parents, “I was smacked, and it never did me any harm.” But the children we speak to today say physical punishment leaves them feeling ‘scared’, ‘angry’, ‘sad’ and ‘confused’.

We know much more now about physical punishment, with the evidence showing that it damages relationships with children, doesn’t improve behaviour and doesn’t act as an effective deterrent. We also know that attitudes have shifted dramatically over the years. Parents are more determined to respond to their children in a loving, calm and secure way, with the benefits this brings for children’s brain development and long-term wellbeing.

However in the heat of an overwhelming moment, we’re not usually weighing the evidence to stick to a considered choice.

Set limits for yourself

It helps to look at these moments when you’ve felt overwhelmed and learn from them. It’s a common phrase now to say: “Don’t look at the behaviour, look at the child.” We would stretch that further to say the same for the parent. And as a parent we have choices.

We all need boundaries. They help to us feel secure and we know where we stand. Children, like most of us, prefer to have consistent boundaries in their lives, to know what behaviour is appropriate and what the repercussions will be. As parents we set boundaries for our children but we can also set boundaries for ourselves – lines that we don’t cross.

Once we decide that physical punishment isn’t something we want to resort to, we can try to reframe our thinking – and allow ourselves to think differently from previous generations. It’s not about making judgements about people who have used physical punishment in the past, as that was normal in families. But like the progressive changes to laws requiring the use of seatbelts in cars or stopping smoking in public places, we should reflect society’s change in attitudes and move forward with the evidence and information we now have.

Children – especially very small children – aren’t necessarily ‘misbehaving’. Frustrating, sometimes maddening behaviour that makes us tear our hair out is part of children’s normal, necessary development, as they test boundaries and independence, or as their developing emotions become overloaded. This is where we, as parents, need to examine own reactions, and work on our ability to respond calmly with love and empathy.

A recent seminar on the campaign to give children equal protection from assault heard that children – in the moment of being smacked, slapped or hit by a loved one – are too stunned to learn anything. The behaviour may stop temporarily, but the connection of love and trust is damaged every time.

We also heard that parents often resort to a knee jerk physical reaction out of a fear of embarrassment, and judgement from other adults, to curb the fallout of their child’s very public meltdown. As an alternative, a lot of us could learn from actor Justin Baldoni, whose post about his toddler daughter’s public tantrum went viral.

Baldoni said: “It's not embarrassing to me when she throw tantrums in the grocery store, or screams on a plane. I'm her dad…not yours. Let's not be embarrassed for our children. It doesn't reflect on you. In fact...we should probably be a little more kind and patient with ourselves too.”

When things get so tough that you feel like you could explode, you need all your strength to take a moment, physically or mentally to remove yourself. Take a few deep breaths and think about what you are going to do and say before doing anything. You will be able to regain the feeling of control and be in a better position to deal with situation in front of you. It’s not easy and it can take every ounce of willpower you have to carry it through. Like everything else we do it takes practice and the will to change.

Modelling good behaviour will not only teach your child how you want them to behave, but how to manage their emotions. Children are more likely to do what we do rather than what we say. And if we decide that we don’t use any violence, they’re less likely to see it as a solution themselves.

Try ParentLine the next time you’re worried about staying strong, whatever the problem. We’re open Monday to Friday 9:00am to 9:00pm.

We provide a web-chat service during opening hours.