The space to find your own solutions 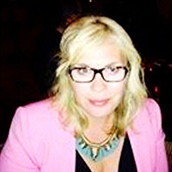 In this blog, ParentLine volunteer Lizzie explains that: "In a world where everything’s going at 90 miles an hour, ParentLine gives you the space, time and support to think about parenting."

We’re somebody detached to talk things through with. We’re not someone from your community, or a professional like a social worker, teacher or health visitor.

We give parents and carers support to vent, but also to reflect. We give callers space to find a way forward, with unbiased support. That helps them to check out their decisions, to say: 'I want to do this, does it sound sensible?'

We don’t impose our will on callers, it’s about helping people to find their own solutions.

We encourage people to reflect, often without them realising. That can be really powerful. In a little conversation – 10 minutes – people begin to see things differently. By the end of the call they’ll be saying – ‘I need to think about that’.

The instinct to protect children

We talk to lots of lone parents, parents that are vulnerable – but also to grandparents, aunts and family friends. We also have lots of calls about teenagers and bullying. It can be really hard for a parent to see their child becoming an adult but still being bullied. They want to protect them.

One parent spoke to us just after they’d discovered their child was being abused by another family member. She was in shock, but not in denial. She knew she had to protect her child. We were the first person she called. She’d put her child to bed and gone on the internet to find ‘where can I get help?’ She was panicking and didn’t know what to do. For her, we were a ‘voice in the dark’. We helped her come up with an immediate plan to ensure her child was safe and gave her the courage to do what she had to do.

A dad rang us because his son was having trouble managing his anger. Everyone was telling him he had to be tougher, but he could see that this just made his son more frustrated. He knew what to do – we just helped him think about different ways to connect with his son.

Ultimately we are here to benefit children, so if something concerns us, our decisions are about what’s right for the child.

I started volunteering at ParentLine in April 2015. At the time I had a certificate in counselling skills but I wasn’t ready to take the next formal steps to become a counsellor. I knew ParentLine through my Mum who had volunteered there for a long time. I was also a parent so I felt that I could see things from both the child and parent’s point of view.

Long-term I want to do full time counselling, working with children and young people.

ParentLine has such an impact on your own life. I have two young children (a boy aged four and a half and a girl aged 7). I understand my children better and I think a lot about what I could do differently. ParentLine makes you think about the voice you are using and the tone.

The ParentLine training is really supportive, though it’s nerve-wracking to start with! They’re supportive in the call room. Supervisors do their job so carefully and artfully. Just like when someone calls, you know they are not judging you.

We provide a web-chat service during opening hours.