Time to secure the rights of Scotland's children

It is now nearly 30 years since the UNCRC was agreed by the UN. Children 1st Chief Executive Mary Glasgow says it is time that Scotland takes the next step in securing children's rights. 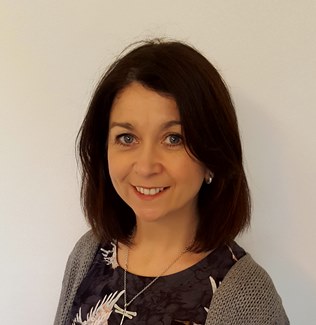 Children’s rights are a crucial way we can protect children. They should make sure every child gets a basic standard of support and protection, and cover issues from the right to a decent home to the right to play and see your friends. The UN agreed an international framework for Children’s Rights almost 30 years ago, the UN Convention on the Rights of the Child (UNCRC), and since that date Children 1st have been campaigning for children and families in Scotland to have these rights guaranteed.

That is why I was so pleased that, in April, the First Minster announced that she wanted to see the UNCRC incorporated into Scots law during the 2017-2021 session of Parliament. Nicola Sturgeon pledged that “we must make sure we are meeting the UN’s gold standard on children’s rights”. The decision to enshrine the UN convention in law by 2021 is hugely welcome news for children and young people across Scotland.

The Scottish Government consultation document on children’s rights launched in May 2019 contains many positive suggestions as to how best to secure Children’s Rights.

It proposes that every public body accountable to Holyrood would have a legal obligation not to act in a way which was out of line with the rights in the UNCRC. This would mean children’s rights were legally binding on councils, health boards and the government itself. The consultation document also proposes a parallel duty on public bodies to consider children’s rights whenever they make a decision.

This is really important – it’s something Children 1st have wanted for a long time. These twin duties – to think about children’s rights before making decisions, and to make sure that all decisions taken are in line with children’s rights – should work together to guarantee children are protected. It should mean we have a legal mechanism that prevents rights being breached in the first place alongside a duty to address any breaches that do occur.

The consultation also proposes that there should be a national plan of action for children’s rights, co-produced with children and young people. This will be vital in making sure any new rights in law become a reality in the lives of children and families in Scotland.

The consultation also suggests a number of different ways we could bring children’s rights in to law in Scotland. One option is to develop a “suite of Scottish children’s rights”, another is the “direct incorporation” of the internationally agreed articles of the UNCRC into Scots law.

The consultation document suggests that developing our own suite of children’s rights in Scotland would be advantageous because it could allow us to be clearer about what rights mean in practice, and deal with issues around some responsibilities being held by Westminster rather than Holyrood.

While we at Children 1st do see some opportunities of this approach – especially if children and families were fully involved in shaping and developing the new suite of rights – we don’t think it is a good way to bring rights into law in Scotland. The First Minister was right to say that we need to meet the UN’s international gold standard on children’s rights. Obviously any plans from Holyrood can only go as far as the powers of the Scottish Parliament allow, but that doesn’t mean we can’t directly use as much of the existing UNCRC framework as possible.

Crucially, directly incorporating UNCRC articles would ensure our domestic law will always stay in line with international human rights law. We have been carrying out consultation events with children and families around Scotland, and the clear message is that Scotland should play by the same rules as everyone else!

As the UNCRC is designed to be a comprehensive international standard, there is a danger that any country seeking to develop their own ‘suites of rights’ could end up with narrower rights in the long term. Furthermore, directly incorporating the existing UNCRC rights allows Scottish courts to look to the work that the UN Committee on the Rights of the Child has done to consider how the UNCRC can be delivered in practice.

In conjunction with the Children and Young People’s Commissioner Scotland, Together (the Scottish Alliance for Children’s Rights) have developed a model for directly incorporating the UNCRC into Scots law which is set out in a draft Children’s Rights (Scotland) Bill. As a founder member of Together, we fully support this approach as an effective way of securing direct incorporation. The draft Bill also addresses constitutional questions posed by direct incorporation by making clear that UNCRC duties would only apply when local or national government bodies are exercising devolved powers or acting in devolved areas. We therefore hope that the Scottish Government will adopt the draft bill as the basis for its plans for incorporation.

It is now nearly 30 years since the UNCRC was agreed by the UN. It is time that Scotland takes the next step in securing children's rights. We applaud the bold and decisive step taken towards this by the First Minster, and look forward to working with MSPs across the Parliament to ensure that incorporation is achieved in the most meaningful and effective way possible.