Centre of Excellence to open in East Renfrewshire

We’re delighted to announce that our Centre of Excellence to protect and support children who become victims or witnesses of crime is to open in East Renfrewshire later this year. 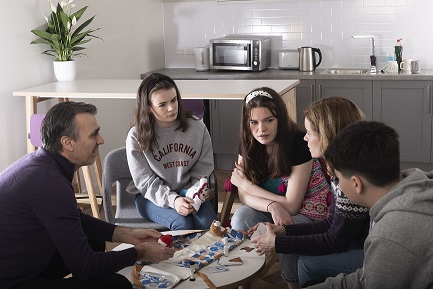 The Child’s House for Healing, will be a world class learning hub where professionals and researchers will develop and share the best approaches to help children get justice and to recover from frightening and traumatic experiences.

The Child’s House for Healing will support up to 200 children and young people from across the West of Scotland, when it opens at the end of 2021.
Our ground-breaking pilot project, which we are leading on with our partners the University of Edinburgh and Victim Support Scotland with funding raised by players of People’s Postcode Lottery, has taken an important step forward as a site in East Renfrewshire has been approved for the new centre.

Mary Glasgow, the Chief Executive of Children 1st, says that the project would not be possible without the support from partners including East Renfrewshire Council and East Renfrewshire Health and Social Care Partnership (HSCP).
She said: “We are delighted to be working with East Renfrewshire Council and the Health and Social Care Partnership as we take forward our plans to develop this forward-thinking approach to supporting children and young people who become victims or witnesses.  Children and families are shocked by how traumatic it can be to give evidence in court and how little support there is to help them recover from their experiences. The Child’s House for Healing, which is being developed thanks to £1.5m raised by players of People’s Postcode Lottery as part of the organisation’s Dream Fund, will inspire change across Scotland and the rest of the UK.”

Based on the Barnahus, first developed in Iceland, the Child’s House for Healing approach is internationally recognised as the best way to protect children’s rights to justice and recovery.
Working with East Renfrewshire Council, the vacant Capelrig House has been agreed as the site for the pilot project. Councillors welcomed the project at a full council meeting on Thursday 25th February and agreed that the building should be leased to Children 1st for a period of 25 years.

Council leader Tony Buchanan said: “I’m delighted that we’ve been able to support this pioneering project being led by Children 1st. It will benefit children right across the West of Scotland and take a new approach to supporting child victims of crime. East Renfrewshire has a strong reputation for being at the forefront of a wide range of pioneering initiatives and this is another example of us supporting sector-leading projects. I look forward to seeing the project develop in the months ahead.”

Laura Chow, head of charities at People’s Postcode Lottery, said: “It’s fantastic to meet this milestone in this incredible project to transform the experiences of every child and young person who becomes a victim or witnesses of crime. The idea of your child becoming a victim or witness to a crime is every parent’s worst nightmare and it’s great to see the development of this essential project thanks to the support of players of People’s Postcode Lottery. It’s vital that if the worst does happen, children get the very best care and support to give evidence and recover from their experiences.”

The Child’s House for Healing Centre of Excellence is being supported by an international research advisory group including specialists in child health, child protection, social work and children’s rights from Sweden, Norway, Canada, South Africa and the UK.