The award, which recognised our 40 year long, hard-fought campaign to end the defence of “justifiable assault” of children in Scot’s law is a wonderful recognition of how much Scotland values children and young people. The Equal Protection campaign, which the Children and Young People Commissioner Scotland also played a key role in, culminated in the passing of the Equal Protection Scotland (Act), almost a year ago on 3rd October 2019. Scotland became the first country in the UK to end physical punishment in law, with Wales quickly following our lead. 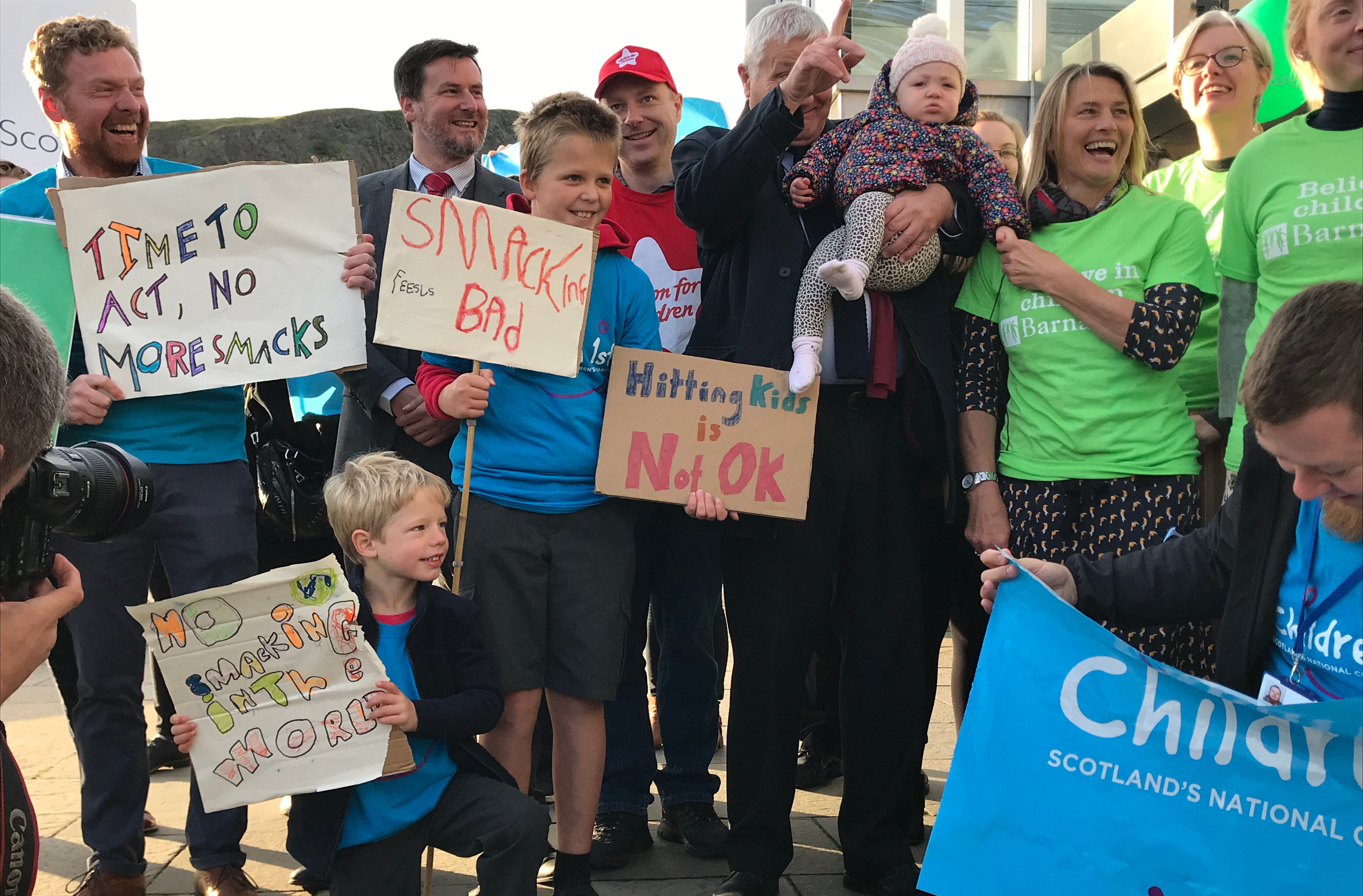 Harriet Hall, Head of Communications and Marketing at Children 1st, who collected the award on behalf of the coalition of charities said: “A huge thank you to the SCVO and the judges for recognising how momentous this long-fought for change in law to remove the defence of justifiable assault is for children across Scotland.

She added: “The campaign’s success was down to the strong support from communities, professionals and politicians. Special recognition needs to go to John Finnie MSP for driving the legislation through Parliament and to all the children and families who shared their stories about what a difference the change in law would mean to them. This award tonight is not just for Barnardo’s Scotland, Children 1st and NSPCC Scotland – it’s for everyone who worked so hard to uphold children’s right to have the same, equal protection from violence as adults.”

The award was presented by Sally Magnusson at a virtual award ceremony, hosted by the Edinburgh International Conference Centre.