Children 1st has welcomed new legislation which means child witnesses to serious crimes will no longer have to give their evidence in court.

As the Vulnerable Witnesses (Criminal Evidence) (Scotland) Act comes into force today, children will instead be able to pre-record their evidence – sparing them the trauma of giving evidence during a trial. 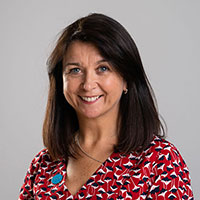 “Children have told us that they found giving evidence in court almost as traumatic as the abuse itself.

“This Act means more children will now be able to give pre-recorded evidence in an environment more suitable to their needs. It also reduces the time children wait to give evidence and means they will not have to face the accused.

“During discussions about the new law the Scottish Government made clear that in future children should get justice, care and support to recover through the Scandinavian Barnahus, or Child’s House, model. Greater use of pre-recording will help us establish how best to bring all the different services a child might need, including the evidential interview, together under one roof.”

Children 1st have long supported children who are victims of or witnesses to crime. Our perspective is rooted in the stories children have told us as we help them and their families to repair and recover after abuse.

The Scandinavian model of the Barnahus (Child’s House) provides all the care and support a child and their family need under one roof. By uniting the care and justice response, a child’s best evidence is captured, without harm and without prejudicing a fair trial.