Two Scottish coaching legends will go head-to-head on their return to the Hampden technical area to support two Scottish children’s charities in a fundraising match at Hampden Park on Friday, 14 June.

Craig Brown, the last men’s national coach to lead Scotland to a World Cup, and Archie Knox, his former international and club No.2, are heading back to the national stadium to manage opposing sides in aid of the Scottish FA’s official charity Children 1st, and the Tartan Army Children’s Charity, charity partner of the Scotland Supporters Club. 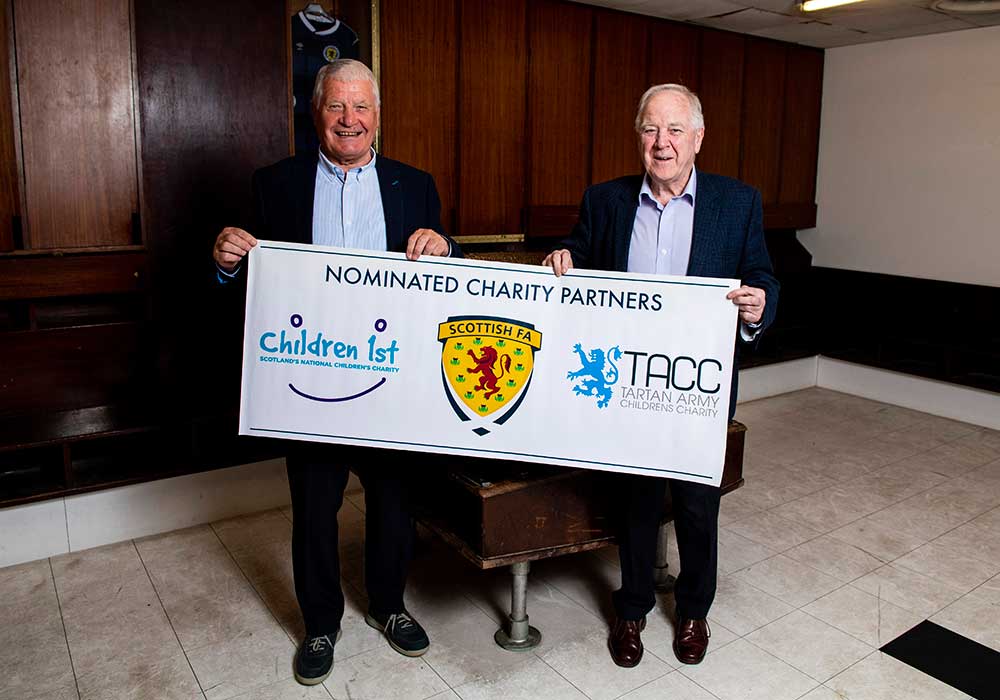 The nominated charities are giving 44 players, male and female, the opportunity to play on the hallowed Hampden turf. As well as receiving expert coaching, the players will also be joined by famous former men’s and women’s international players.

The coaching greats are encouraging fans to dig deep.

Craig Brown, former Scotland National Coach, said: "Hampden has a wonderful magic about it and every football fan dreams of playing on the pitch. Some of the world’s greatest footballing names, including some of our very own Scotland legends, have created unforgettable memories and those fans who will be supporting two great children’s charities will get to do likewise."

Archie Knox, former Scotland No.2, said: "Children 1st and the Tartan Army Children’s Charity do hugely important work in helping children overcome adversity. This is a great cause and I’d urge any football fan to get behind it. Together we’ll be able to raise plenty of funds for both charities and play some great football at the same time."

As well as the thrill of playing on the pitch, players will have the chance to enjoy the full Hampden experience: keeping your very own full national team kit, visiting the famed Hampden Museum, changing in the Home and Away dressing rooms and walking out on to the field to the famous Hampden Roar.